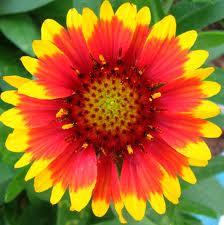 The documents with changes included are posted below:

Declaration of Covenants and Restrictions

Supplemental Neighborhood Documents
During the 82nd Legislative Session in 2011, the Texas Legislature passed several new laws governing Property Owners Associations, many of which affect the Hills at Firewheel HOA. In response, your association board, with advice from legal counsel, has added several new documents to add guidance and clarification to the policies and standards used in our neighborhood.

The Supplemental Documents posted below were ratified unanimously by association members meetings held in January of 2013. The Neighborhood Standards and Blanket Approvals documents were subsequently modified and ratified by residents in November of 2017.

Neighborhood Standards Guidelines - Defines and clarifies the maintenance and appearance standards expected in the Hills at Firewheel.

Blanket Approvals for Exterior Projects - Overview of the guidelines under which common projects such as fence and roof replacements, and home painting no longer require a formal approval. Note: Many projects still require approvals.

Notice of Filing Document - This is the legal cover pages that accompanied the Supplemental Documents packet above as filed and recorded with both Dallas and Collin Counties in the Spring of 2013 -- includes official county stamps.

Hills Dedicatory Instruments: Addendums & Clarifications - This is not an official document filed with Dallas and/or Collin Counties. It is intended as a reference for future Hills HOA board members.and serves as a summary of the few provisions from the original Hills Dedicatory Instruments (as filed by the neighborhood developer) that are now superseded by the new legislation.